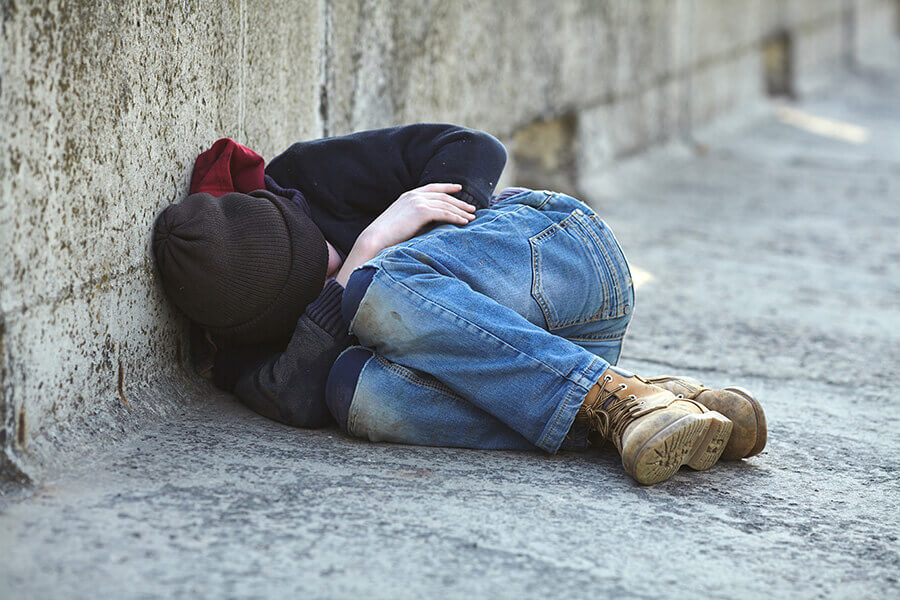 This project, in its present form, has been running for 16 years.  The demand now is bigger than it has ever been. Initially the project was just for Street Children but it has grown to include homelessness in general. There were 8270 people homeless across Ireland at the end of August 2017.  This figure includes adults and children with their families. The number of families becoming homeless has increased by over 42% since August 2016.

Also, at the end of August 2017, there were over 811 young people (adults aged under 25) living in emergency homeless accommodation.  This represents an 18% increase from just one year before.  Almost three-quarters of these young people live in Dublin.
The stories that homeless people have to tell are harrowing.  Some feel safer on the street as they face danger within their own home from different forms of abuse.  Who would willingly choose to live on the street?

Leading on from that, my own club, Killiney Lions, along with the other clubs in our zone, took it upon ourselves to make contact with Tig Linn’s No Bucks Café Bus.  We fundraised to help buy a new bus and, since then, have contacts in place for delivering our homeless packs.  This bus travels around the greater Dublin area including Ballymun, City Centre, Bray, Dún Laoghaire, etc and provides information, food, clothing and someone to talk to.  It helps the young people affected to know that they are not alone.

We work with various agencies around the entire island of Ireland to deliver essential items like sleeping bags, hat, scarves, rain gear etc.  These include but are not exclusive to Tig Linn, Cork Penny Dinners, Focus Ireland. With the onset of the coming winter, we will be relaunching our appeal to all clubs as we do every year.  Also, this year, in conjunction with our usual appeal, we are launching a nationwide appeal requesting donations of knitted hats, snoods, scarves etc as this would leave us with more money to spend on sleeping bags.